Home » Lyta’s BabyMama Calls Him Out, Over N13k Balloons for Son’s Birthday
ENTERTAINMENT

Lyta’s BabyMama Calls Him Out, Over N13k Balloons for Son’s Birthday

Singer Lyta and his baby Mama Kemi seem to be having some unresolved issues as his babymama took to her Instagram page to call him out for not been able to afford N13k ballon for their son’s forthcoming birthday party and neglecting his fatherly roles on purpose.

Kemi dragged him online while writing to her future husband saying dear future husband Aari’s dad cannot afford N13k for ballons for his child’s upcoming birthday, so imma need you to be able to afford my baby’s monthly cost, if not you are not for me.”

After posting that, it seems people are willing to help with the ballons and other cost but it seems she just wants the world to know how deadbeat a father Lyta is,

She went Further to say she is not crying for N13k as she only wants him to be involved in their son’s life ” “I asked him to provide money for balloons cause as much as I dislike him and his selfish ways, I wanted him to feel involved in his child’s life even in the littlest ways but he’s not ready to do nothing. My father was useless too but not to this level and my son will never be.” She said.

Singer Lyta is a young Nigeria Artist who came into the limelight in 2018 after he signed a record deal with YBNL Nation 2018 but left the label in May 2019 after having a disagreement with the label owner Olamide. He released the 5-track debut EP Id in 2019, and he’s currently signed under Marlian Records owned by Naira Marley. 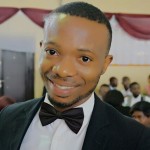